Organized by the Siguniang Mountain Scenic Area Administration and the Aba Sports Bureau, the 2015 Keller Stone Ring Siguniang Mountain Super Trail Run sponsored by the leading mountaineering outdoor brand Kaile Shi Guanming was held at Sit-Guang Mountain at 3:30 am on November 7th. After the start of the scenic area, it ended after 20 hours. The first track of this event reached the peak of Siguniang Mountain Dafeng. Combining the respective characteristics of fast mountaineering and trail running, it advocated participants to learn technical skills and safe mountain experience. It was hailed as a 2.0 upgrade to fully enhance the concept of China's trail running events. 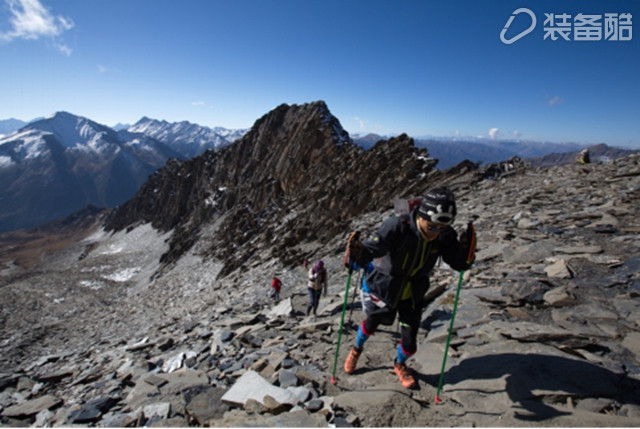 This event is divided into three groups of 42 kilometers, 50 kilometers and 60 kilometers. There are more than 200 contestants from 11 countries (regions). The game has three major points of view that make the game full of suspense - 60 kilometers group The PK between Chinese elite players and runners in Italy and the United States; the PK of Tibetan players and Han players from the Sichuan-Tibetan Alpine Collaboration Team; the highlight of the event is the trail runners and climbers PK, climbers have climbed over 5000 As many as 40 people have peaks above the mountain, and they have different endurance advantages with cross-country runners. This PK scene is also the first time in China's cross-country race. 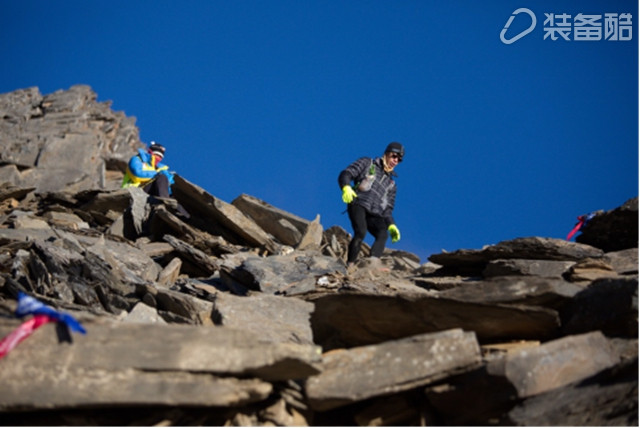 The 60-kilometer group of this event took the lead at 3:30 am on the 7th. The first test the player will go through is to climb the Siguniang Mountain Dafeng at an altitude of 5,038 meters. The autumn foot, who had created a record of the speed of Mount Querz, took the lead. Hours of the summit, Chengdu Ren Qiaoqiao and American player Justin Andrews followed closely, and many players were closed due to a timeout while climbing. Another major difficulty in the 60-km group track is the climbing route from the Dabie shed supply station to the Shibulong Sea. This is an area rarely visited by Siguniang Mountain and runs through several sea-levels. Some areas need to cross the snow slope. Only A handful of players passed before the closing time, and the strong winds in the afternoon caused most of the players to temporarily change their course according to the requirements of the Organizing Committee. This is also a reflection of the safety principles and risk management of the event. 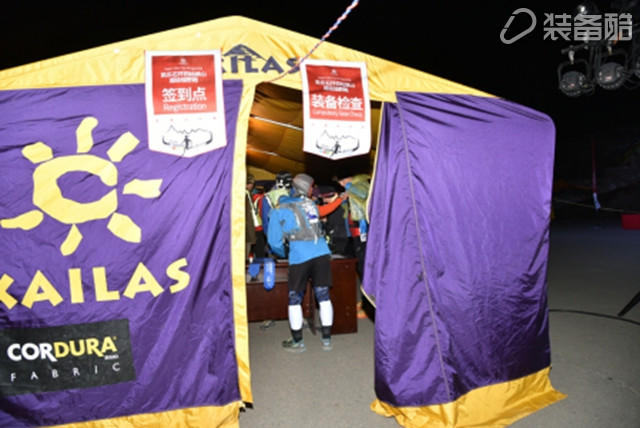 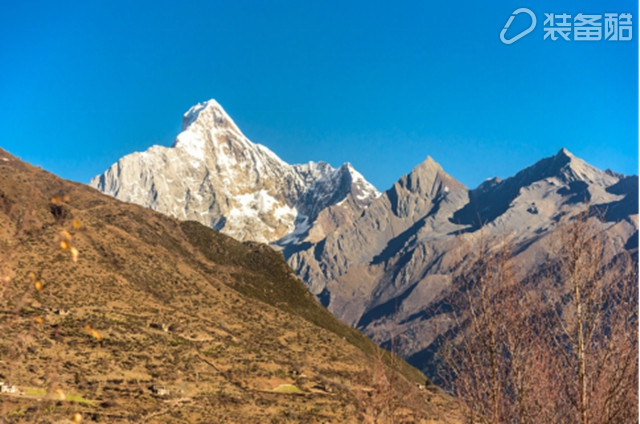 The majestic Siguniang Mountain sister peak, 6,250 meters above sea level, is a landmark on the track and a geographical indication.

The 42-km group of mountain marathons is the largest group of contestants. More than 100 athletes set foot on the summit of the summit at 5am on the 7th. Long gravel slopes and over 4,000 meters above sea level are for the players. The biggest test was that 1/3 of the players were blocked by the closing time. Even so, the players praised the landscape of Dafeng Peak, which overlooks the sister peaks, alpine meadows, colored mountains and surrounding snow-capped mountains.

Snow-capped mountains, rocky peaks, colorful forests, meadows, and high mountains, all along the way to paradise.

In order to encourage more outdoor enthusiasts to participate in the event, this special 50 km double trekking group, relatively low climb, the route through the many beautiful Haizi Haizigou, suitable for walking in the enjoyment of the beautiful alpine landscape. Dong Ping, director of the Siguniang Mountain Scenic Area Administration, stated that in order to protect the personal safety of the contestants, the players were provided a relatively safe environment for the game. The organizing committee of the event formulated a detailed emergency rescue plan for mountain rescue and invited the Sichuan-Tibet Mountains. The guidance team and the outdoor management center of the Siguniang Mountain Scenic Spot Administration Outdoor Professional Management Team formed the event safety protection team and participated in emergency response handling throughout the entire process. At the same time, in order to protect the safety of the participants, the organizer requested the participants to arrive at Siguniang Mountain at least two days in advance to adapt to the plateau. During the competition, they will receive the health monitoring of the organizers; the event is equipped with hyperbaric oxygen chambers and emergency doctors to protect the event. 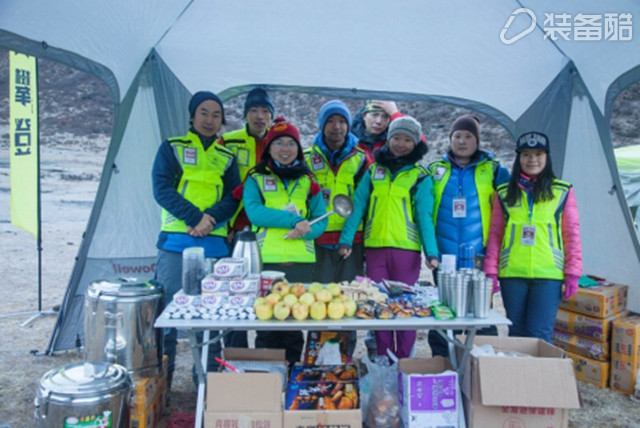 In order to encourage participants to learn technical skills and understand the high mountain environment, Kaile Stone shared the viewing activities in the night before the pre-competition exploration, invited the top-level trail runners and climbers to share the outdoor experience, and introduced the climbing of the Siguniang Mountain sisterhood. The story advocates healthy alpine values â€‹â€‹and injects new elements of â€œabsolute altitudeâ€ for the concept of Chinese cross-country races. 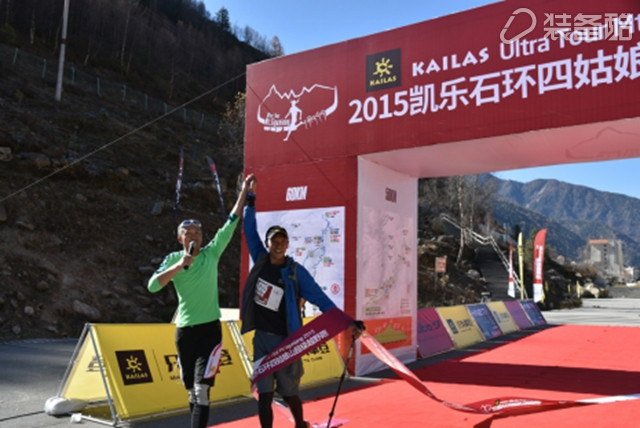 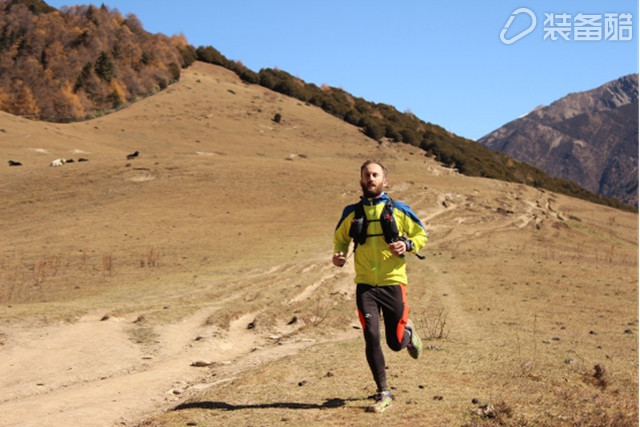 Italian player Emanuele Fornale won the third place at 07:45:07. After the match, he said he would return to Siguniang Mountain next year. 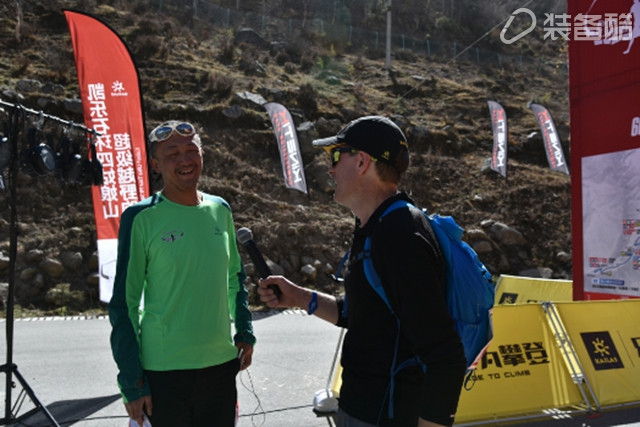 In the United States, Jon Otto (Zeng Shan), who reached the top of the sister peak in 2004, also completed the four Grand Slams of Siguniang Mountain by peaking. He eventually won the fourth place in the men's group of 42 kilometers. 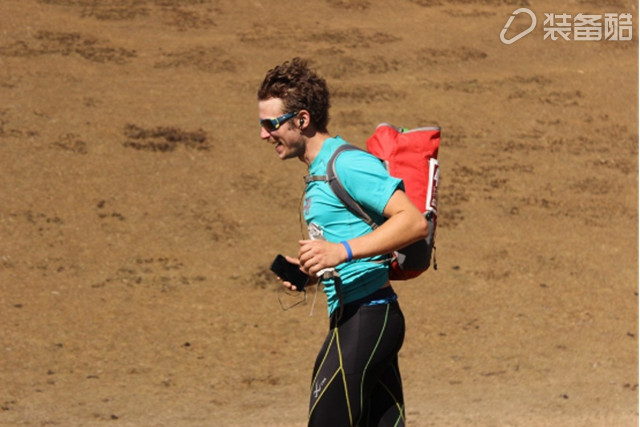 Graham Zimmerman, the top Alpine climber from the United States, was nominated for the 2014 Gold Blast Awards final. He said he hopes to return to Siguniang Mountain to climb beautiful peaks soon after completing the event. It is worth mentioning that there are 5 climbers among the top 10 finishers in the 42 kilometers of the race, which is known as the race between the climbers and the trail runners. 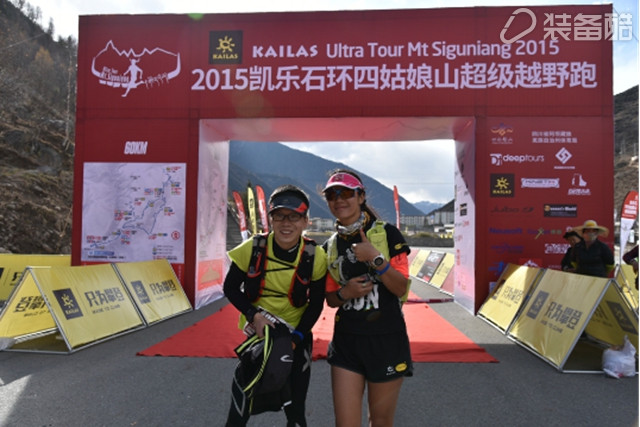 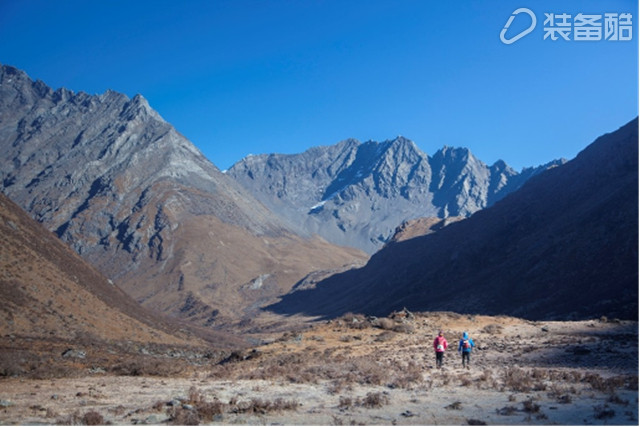 In the 60-kilometer group with only 50 places, due to the extremely difficult and windy weather, only 6 players completed all the routes, 10 players reached the finish line through the adjustment route, and the rest of the players closed or quit the game. No one of the female players completed the competition. 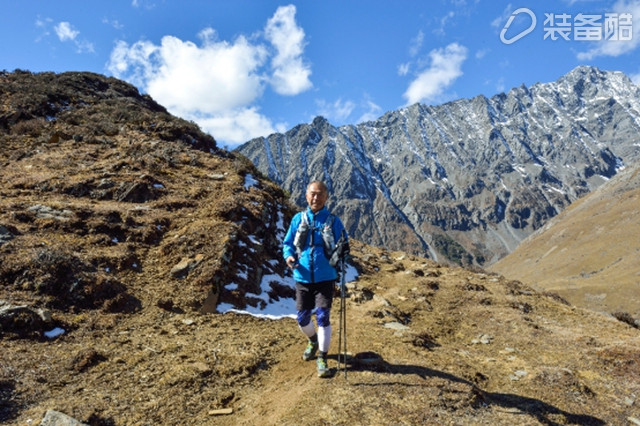 The track with an average altitude of 4,200 meters blocks the pace of the players. However, the high altitude protection provided by the event and the hard work of the volunteers in the refueling have left a deep impression on the players. They all expressed that they hope to return to Siguniang Mountain again in the coming year. . 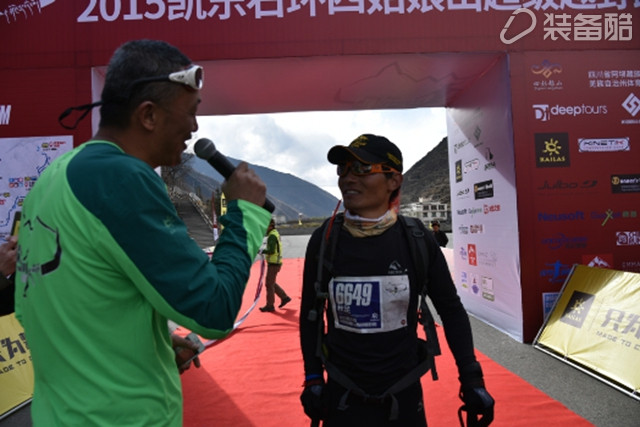 The Tibetan players from the Sichuan-Tibetan Alpine Collaboration team won the championship at 11:49:14. Chengdu runner Ren Renqiao obtained the runner-up at 12:44:13. 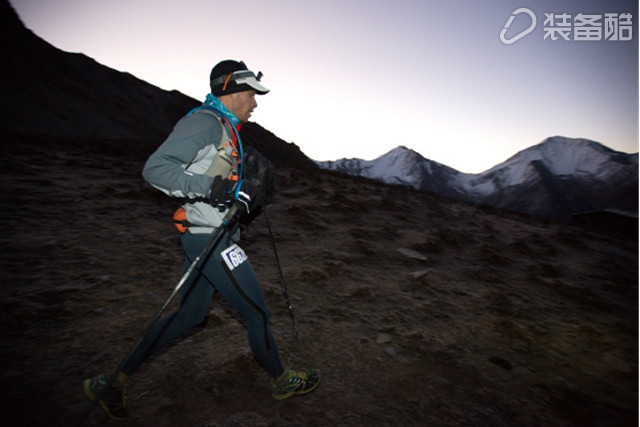 American player Justin Andrews won the third place at 13:58:41. The top runner who once won the 2014 50km championship in Lantau, Hong Kong, said that the competition was the most difficult event he had ever attended, and there was no other event. Can be compared. 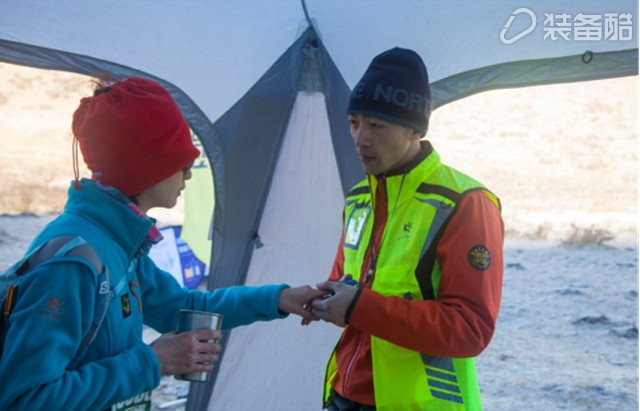 Chengdu runners serve as event partners to provide volunteer recruitment for the event; Sichuan-Tibet Alpine Guide Team serves as event mountain rescue service; Emma Sports and Rehabilitation Center provides players with pre- and post-race rehabilitation health care services; Neusoft Racers time the event. Providing services, the Gobi eye provides tracking and positioning services for the 42-km and 50-km groups of players. It is worth mentioning that the tracking locator of the core chip with the Beidou Chip was first applied to the 60-km group event to be able to grasp the players. Location information, providing accurate information for the rescue. 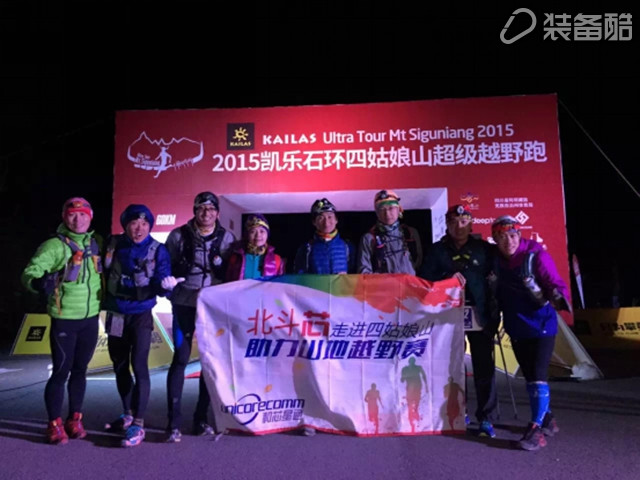 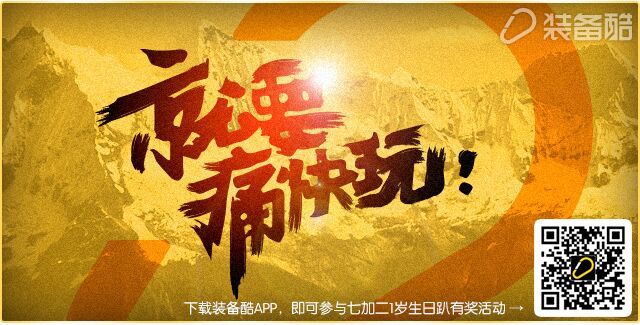